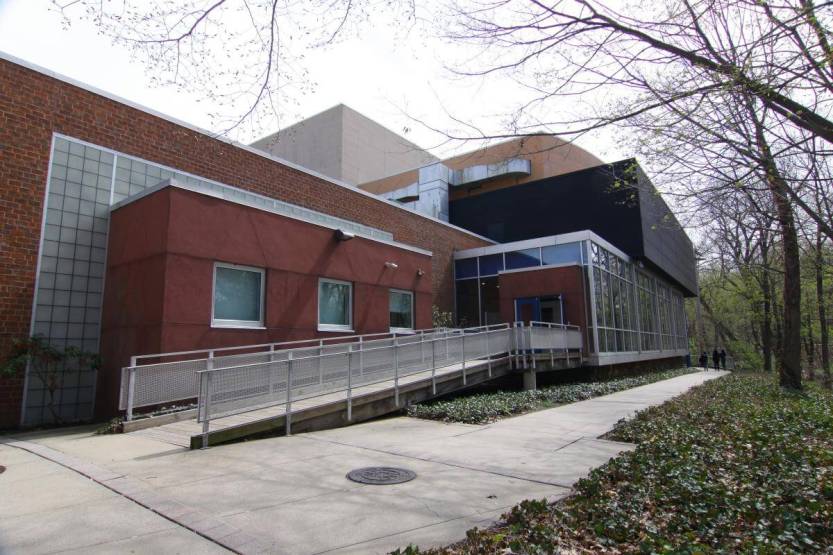 All along the watchtower, the security guard of Walters Hall.

If you should chance to stroll behind the May Duff Walters Hall on Douglass, home to the theater arts studios of Mason Gross, be prepared for an eerie guardsman who appears to look out upon Antilles Field from the 2nd floor. This strange silhouette, spotted by the RR Team when investigating the area, is startling to behold when unprepared. The figure, which is clearly a prop cleverly placed inside the rear building window, resembles nothing so much as Dick Tracy gazing perplexedly upon the woodsy campus. When one member of the RR Team (who shall remain nameless) first saw the dark silhouette she demonstrated true bravery and a noble, self-sacrificing spirit as she shrieked and tried to hide behind the other member of the Team. Dick Tracy was a scary movie after all, Warren Beatty, Madonna, Dick Van Dyke..aahhhh!